In today’s context, the image of a city needs more memory and culture. As one of the most important cities in modern China, Fuzhou and its memory and culture are more related with “shipbuilding” history in Mawei district.

Now, the project Mawei Shipbuilding Library becomes the starting point and physical space of shippbuilding culture in this city. This space is designed to serve not only as a library for reading but also as a mental space for cultural display and expression.

Since ancient times, Fuzhou has been the land of Minyue people. it is also known for shipbuilding and shipping and the birthplace of Chinese shippbuilding culture.

Now, located at the former site of the naval school, the library is equipped with “ship cabin and reading space”, echoing the spirit of “building ships and educating talents at the same time” from more than 100 years ago. The designer tries to use a new metaphor to inherit and express its local culture and integrate the spirit into people’s daily lives.

The structure of the library, situated in the Shipbuilding Culture Theme Park in Mawei District, was originally built as the warehouse of a shipyard. As a hub of the local cultural activities, the library has multiple functions such as promoting cultural awareness of shipbuilding, education, and academic research on shipping culture, etc.

The design uses “ship” as an element, and turns the whole library into an ark sailing in the wave of culture.

Borrowing the layout of a traditional ship, the library has a diverse combination of spaces. The bow (front end), mid-ship (middle section) and stern(rear end) turns into different interior spaces, while the open deck, semi-open cabin and other parts are also redesigned in a contemporary manner.

The library has been reconstructed from the original one-storey space to a two-storey space with a mezzanine floor, connected by a huge staircase from the bow area.

The first floor is used as a reading and display space (mainly books), which seems to invite people into a room of knowledge and culture.

The second floor is designed as a deck for leisure and events, which seems to lead people to board on a ship’s bow, and then they are allowed to stay or ponder in this open area.

The big steps between the two floors not only serve as a connecting passage, but also turn the bow area into a stepped space, enriching the use of the interior.

The atrium in the middle is the center of the entire library.

Here the designer creates a mental space for people to immerse themselves like in a ship’s cabin.

Movable bookshelves under the atrium make sure a flexible space is provided, which creates a multi-functional library for reading and display and other purposes.

And above the atrium, a huge keel structure hangs high from the ceiling, reminding people of the history of the shipyard. The black mirror-like material reflects everything like the surface of the water, as if time travels from the past and rests in this space.

A different kind of cabin is presented in the stern area.

This round-shaped reading room echoes the enclosed cabin of a ship, and thus is designed to be a quieter and more private reading space in the library.

In addition to the abstract expression of a ship’s space, the designer also uses the shipbuilding parts as decorative elements, enhancing the image of a ship with many details.

For example, the railing, steel ladder and cargo box are re-interpreted in a modern fashion. The new design language and new material are mixed and matched with the old space and structural form in contrast.

The combination of the new and the old indicates the time span of the cultural contents of the library, and this design spreads the spirit of shipbuilding culture into each and every corner of the space. 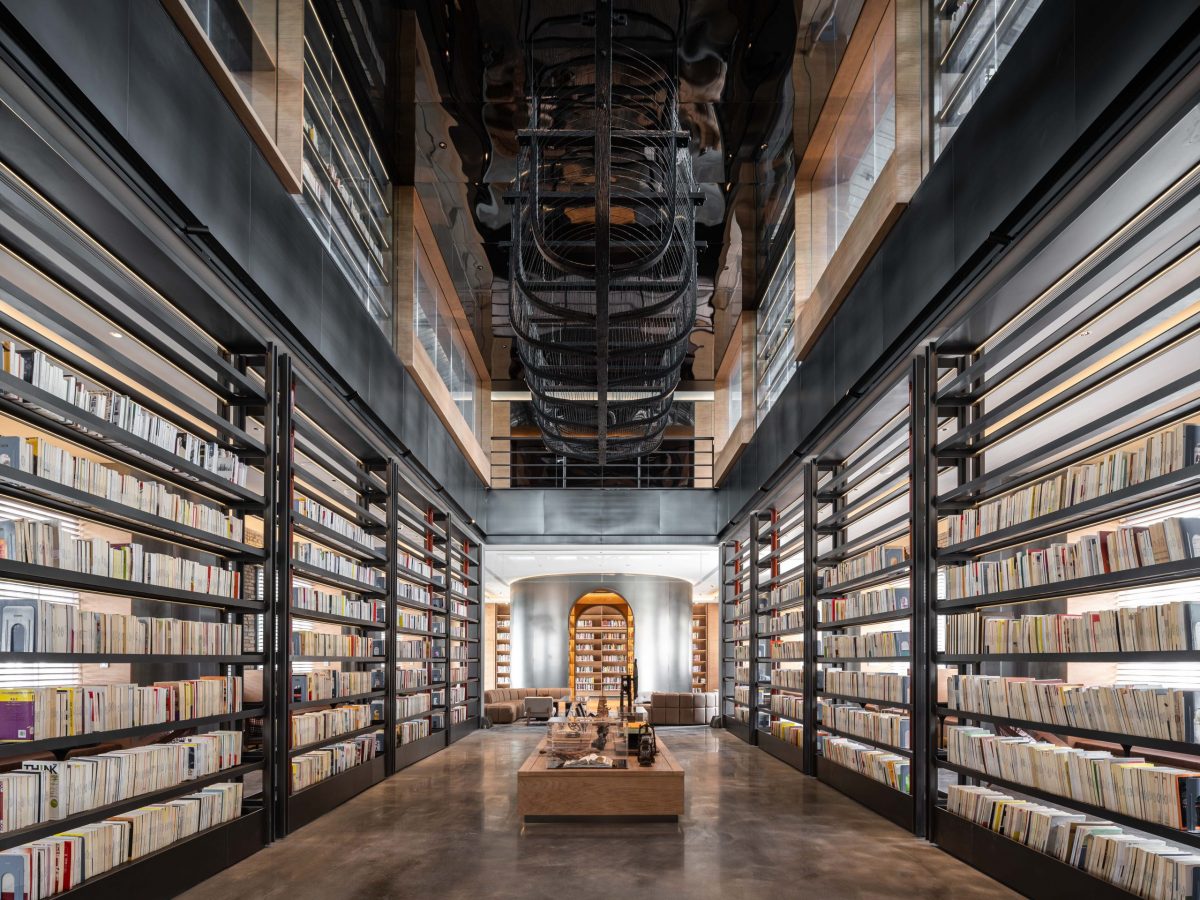 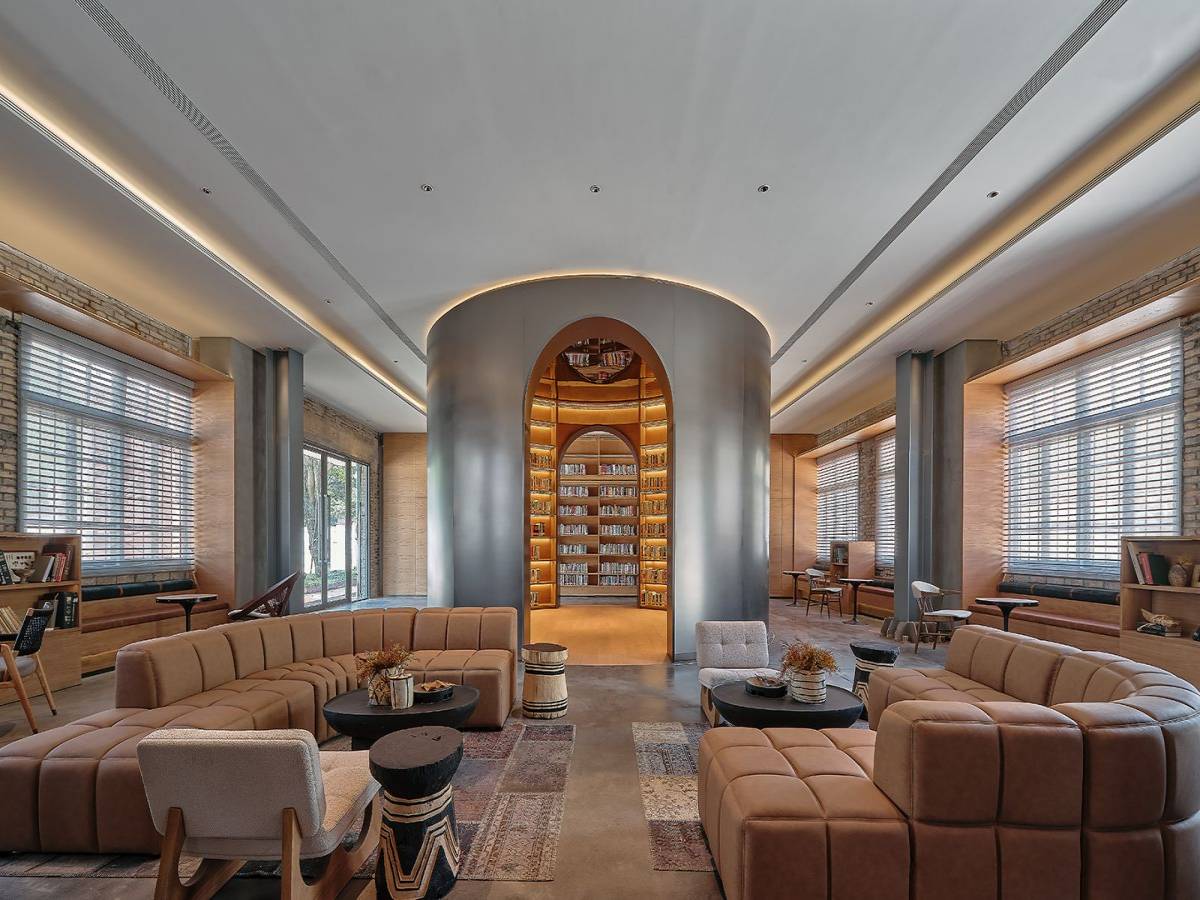 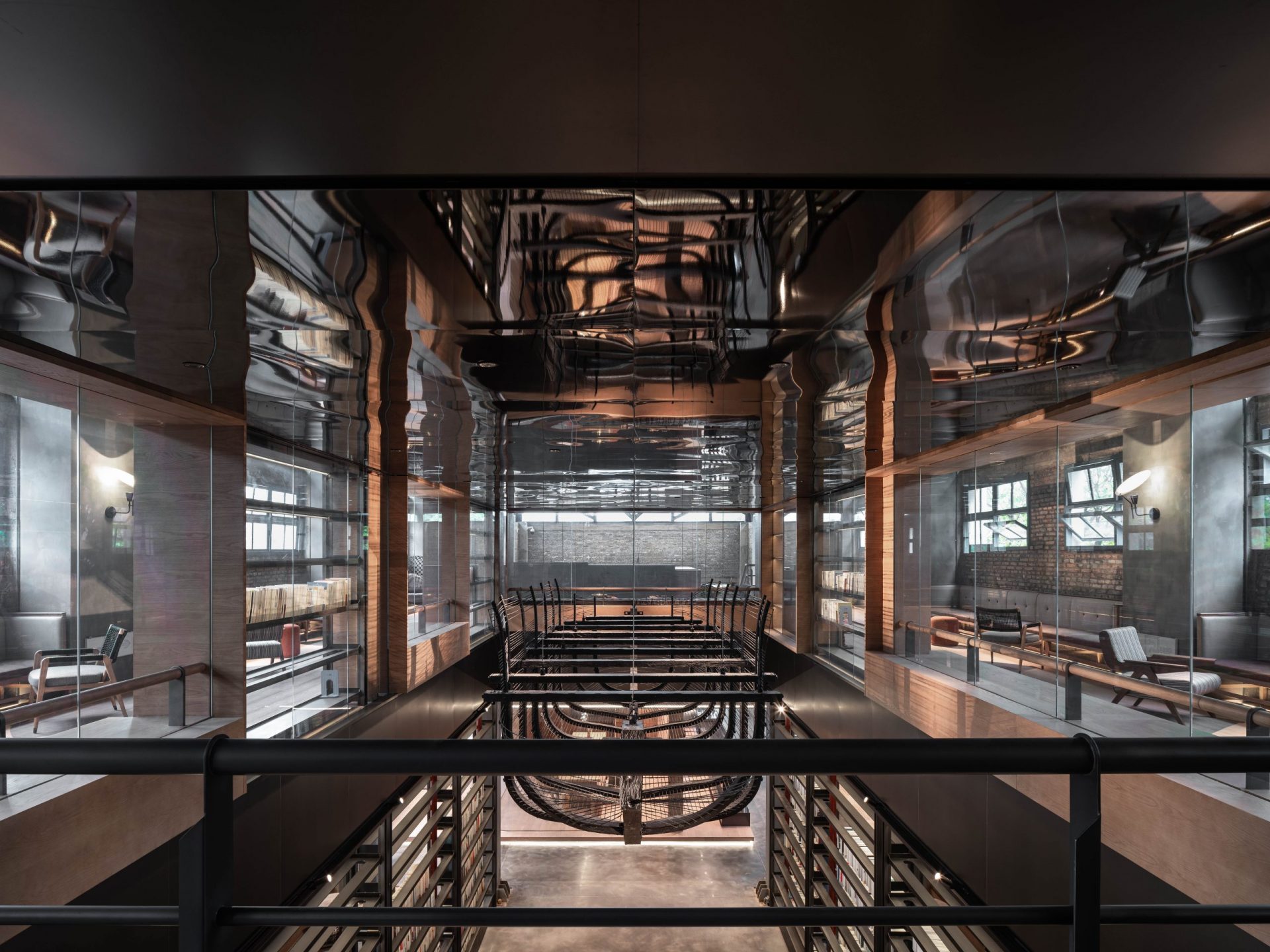 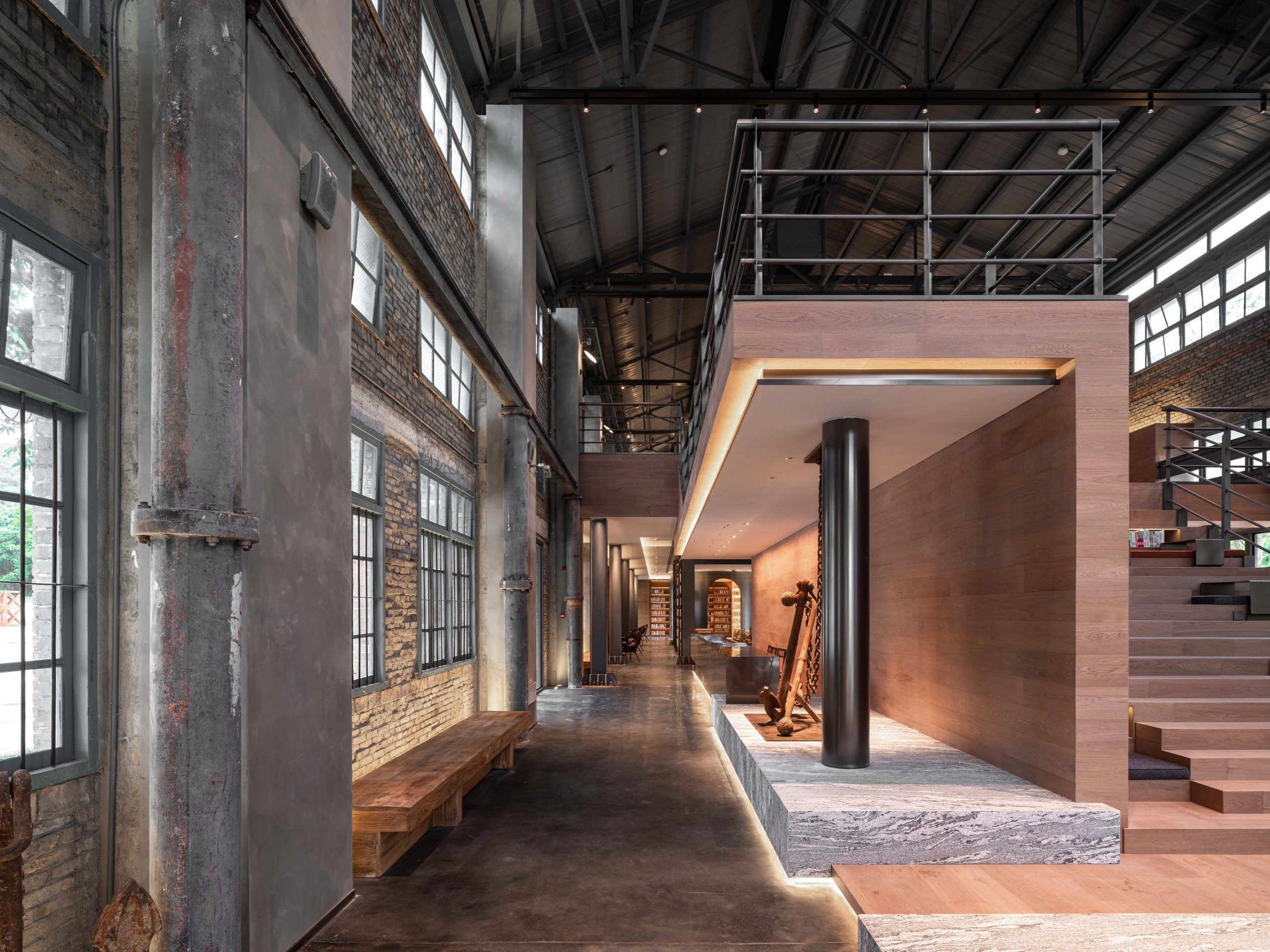 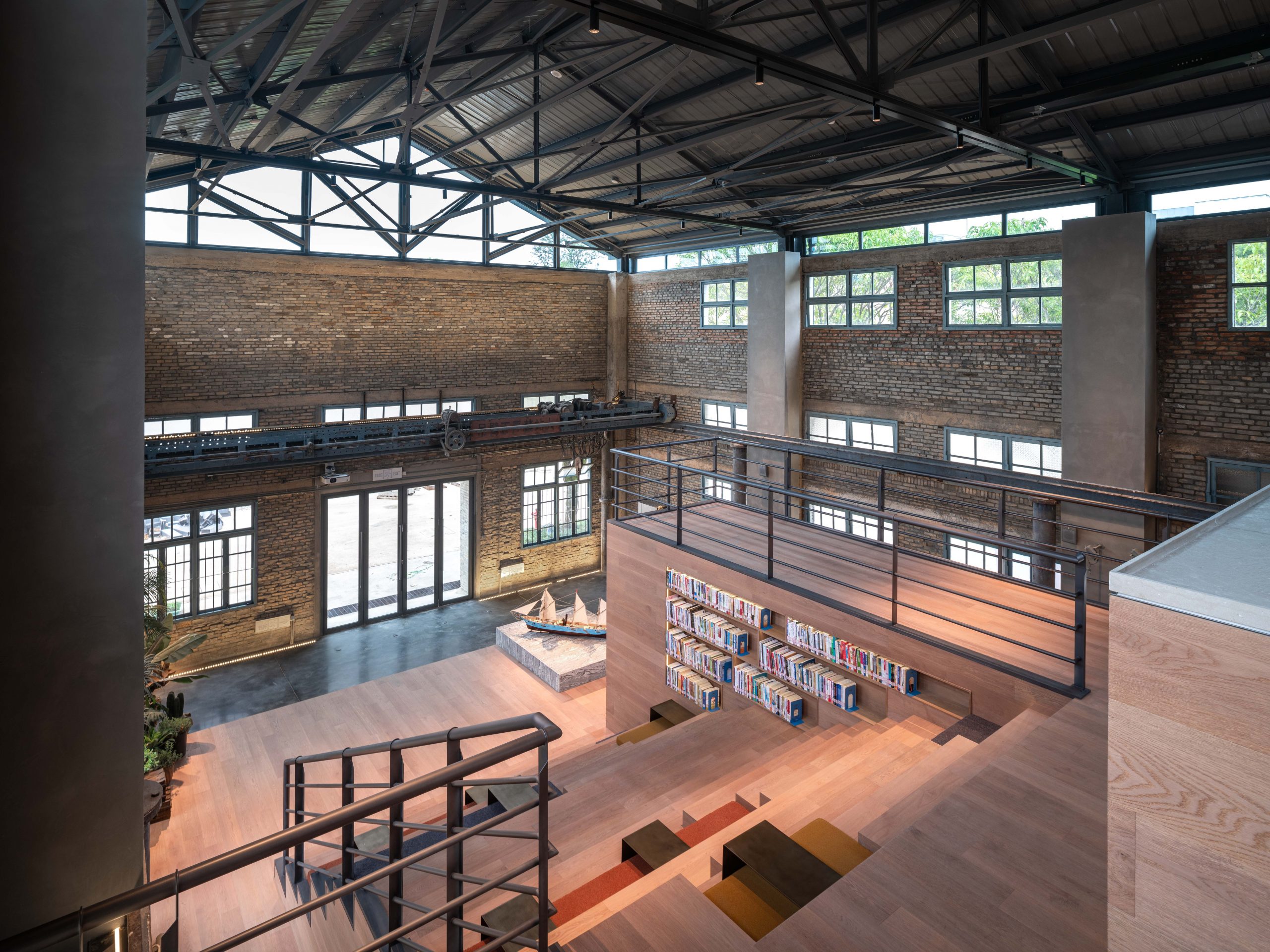 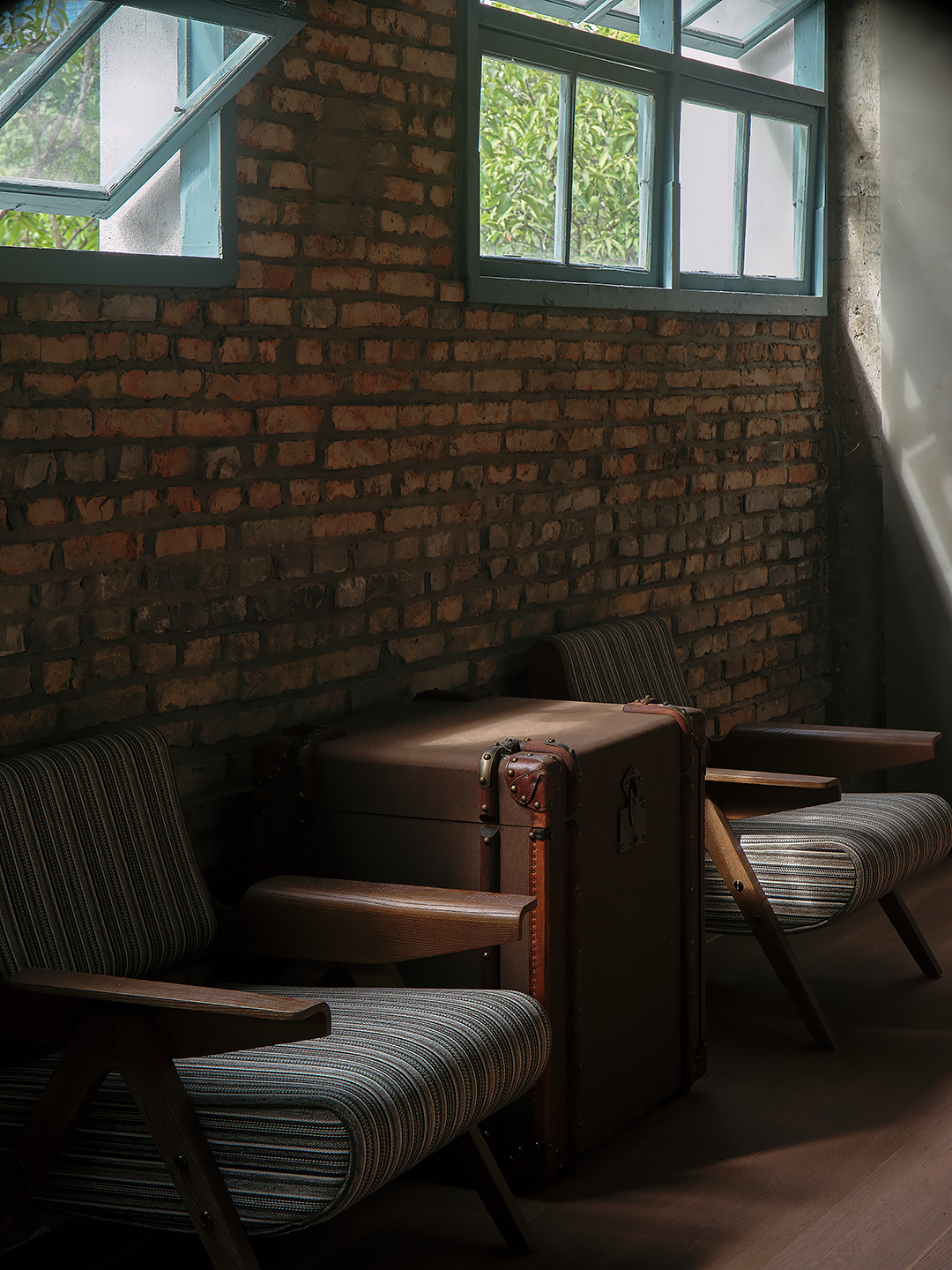 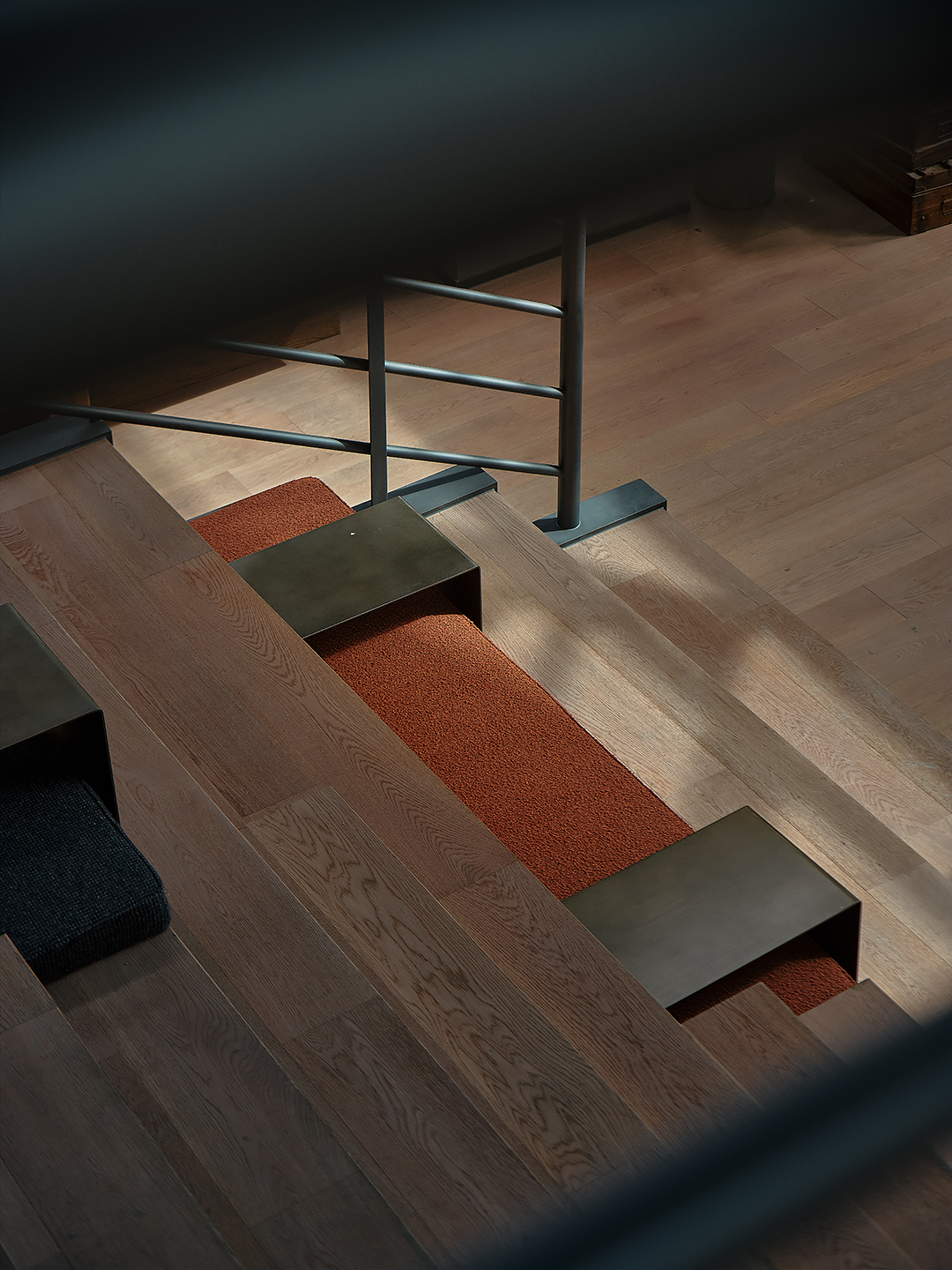 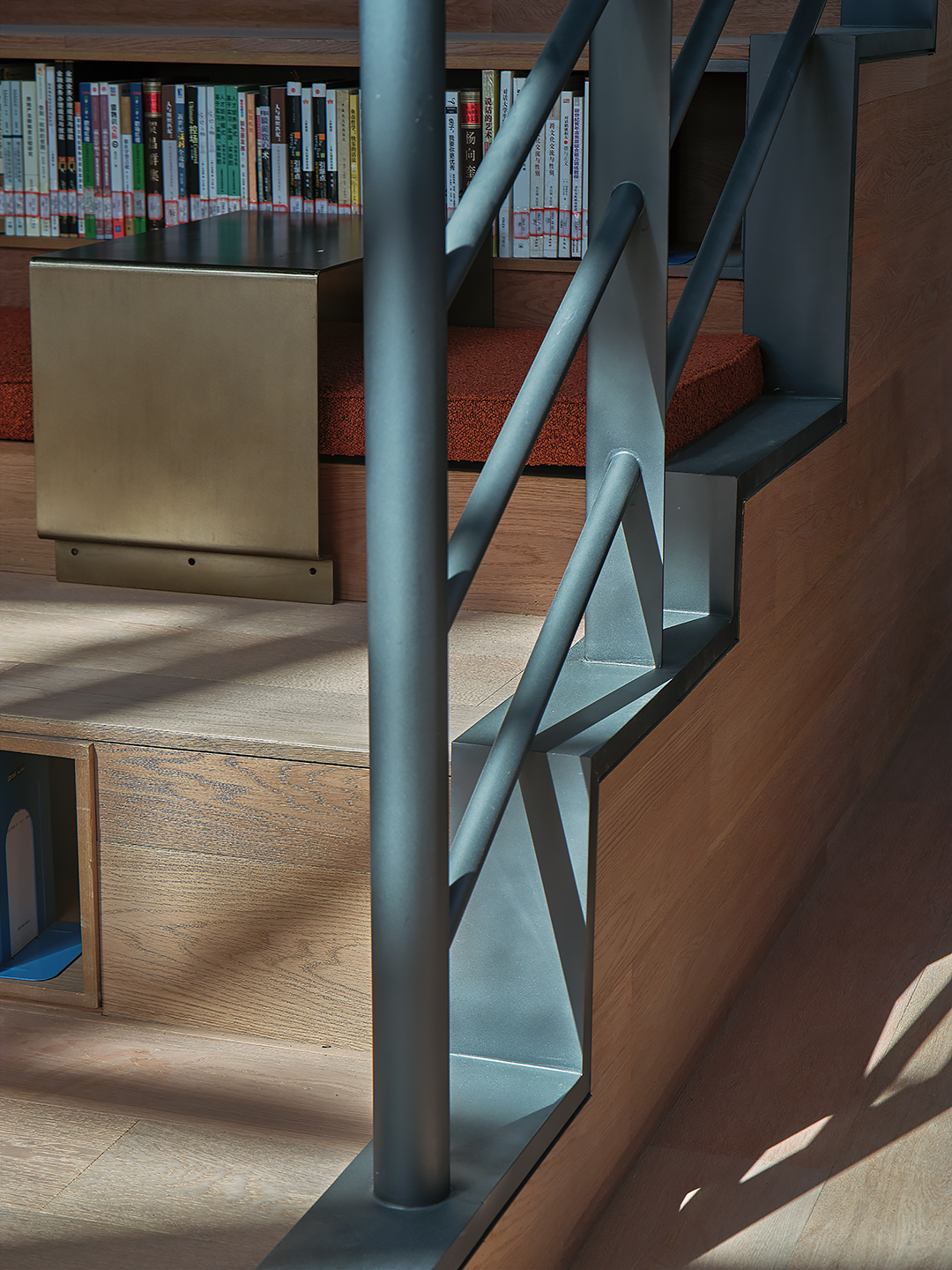