“To re-vitalize the old building is not only change or renew the shape in design. For  Cangshan Cinema, the key point of restoration is to bring new function to life inside its original architectural space.”

Renovated by Wanjing Studio, Cangshan Cinema near Yantai Mountain park, is an excellent case of upgrading one of the historical sites on the central axis of ancient cultural heritage in Fuzhou city.

The half-century-old Cangshan Cinema is the former Dutch Consulate in Cangshan district, which is located at the junction of Meiwu Road and Lequn Road, where histories from the East and the West mix and mingle. With the access of Metro Line 1, the site has a unique advantage of being transformed into a cultural space.

According to the requirements of the project, Cangshan Cinema will be positioned as a space of art and cultural exchanges and aesthetic events with three major functions: exhibition, performance and culture-related activities. The buildings(main building and ancillary buildings included) exceeds 2,000 sqm.

With this kind of non-standard space full of its own cultural significance, the design team finds that the difficulty lies in how to utilize the original building structure to serve the new functions.

During the site inspection period before the renovation, the designer divides the two buildings of Cangshan Cinema into 2 parts: the main building as the a complex space that can hold art exhibitions, live performances and cafes; the ancillary building, close to the side of the square, as a commercial space for services such as restaurant and gift shop.

For this reason, the designer first raises the ancillary building and then uses stainless steel and mirrored materials to cover the façade, trying to reduce the visual and spatial contrast between the two buildings. In addition, the typical brick arch form of the old buildings in this district remains unchanged in order to carry on the cultural memory of the local people on one hand, and to create an open sightline with the arc-shaped windows for the catering business like restaurants in the future on the other hand.

In terms of the interior renovation, the designer tries to keep the first and second floor as simple as possible and provide a free stage with multiple functions such exhibition, performance and café, etc.

Many details are carefully considered, for example a mirrored stainless-steel installation is set on the first floor's entrance which visually extends the space. The lights throughout the space are designed to decorate the wooden beams of this old building and thus add layers and mixture to the whole space. The stands on the second and third floor are divided by a curtain wall to create a free space for leisure activities, which allows natural light in and the public to the access of exhibitions and performances on the first floor.

The Cangshan Cinema after renovation will serve not only as a multi-functional space for exhibitions and performances, but also it will function as an incubator for cultural and artistic activities in Fuzhou. As an important showcase building with cultural significance in this community, Cangshan Cinema will use its space as a hub to embrace art exhibitions, performances, artistic and gift shops, a small-sized mobile theatre and other diverse events and activities, and to connect local events and trends in Fuzhou city, which will definitely provide opportunities for a city to become the one of creativity  and innovation. 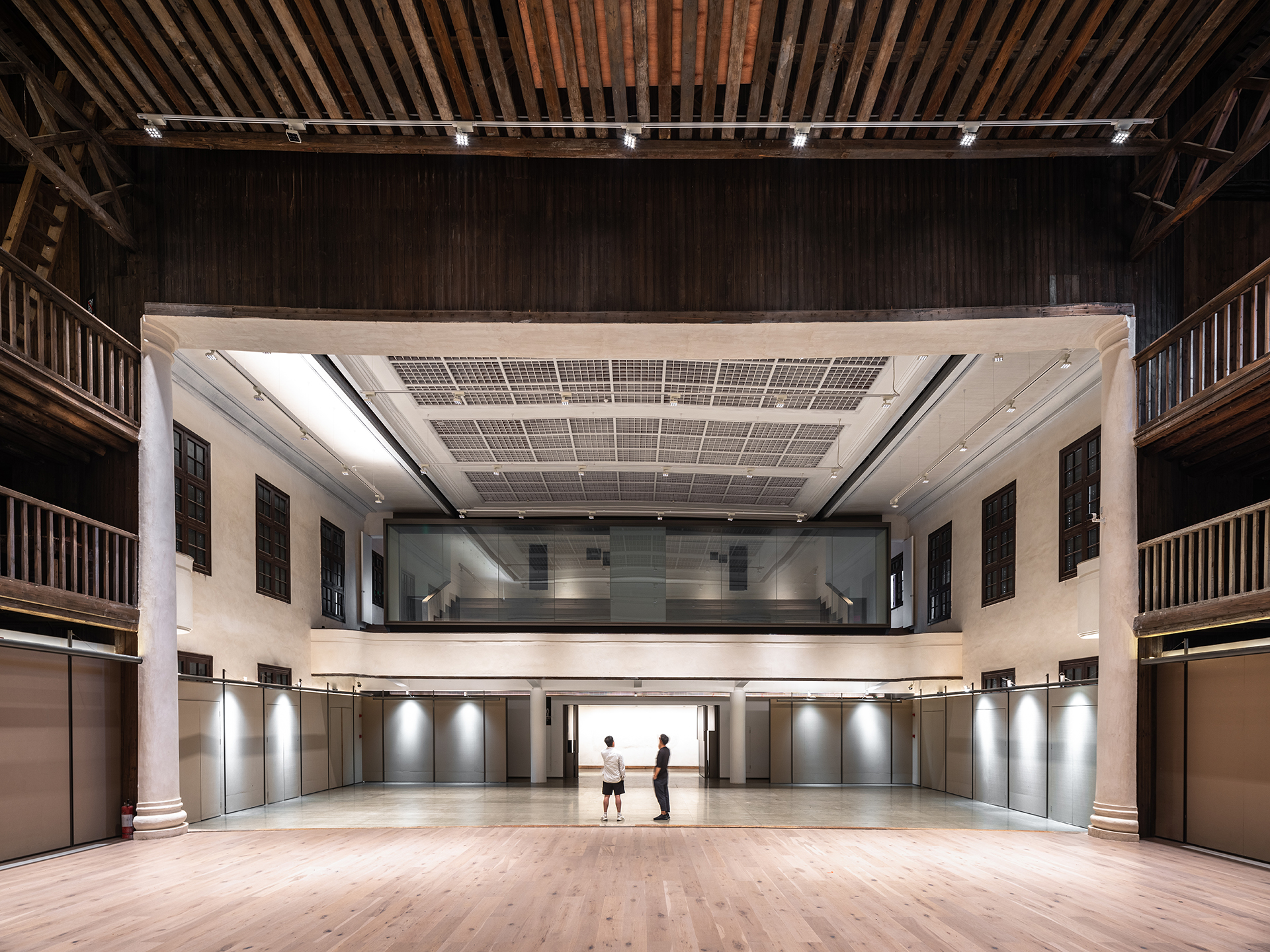 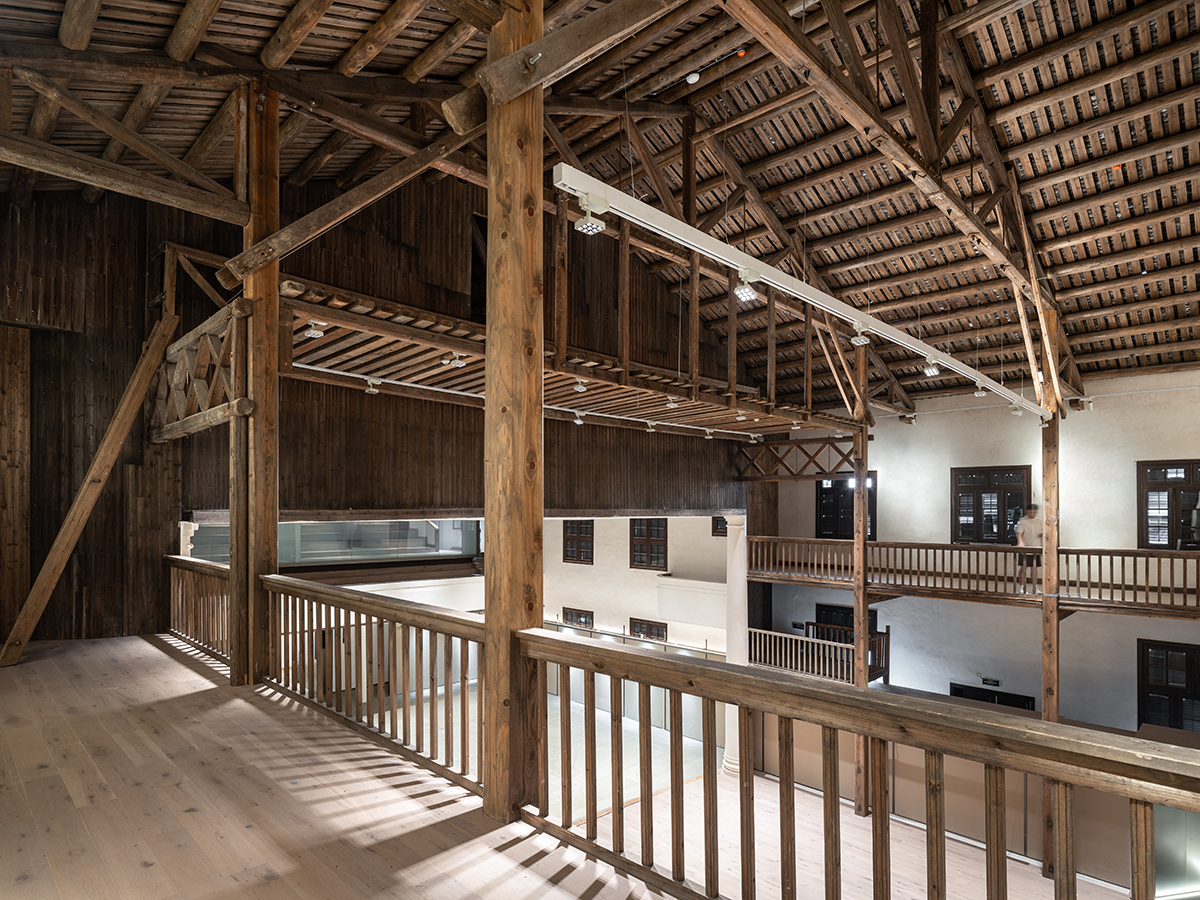 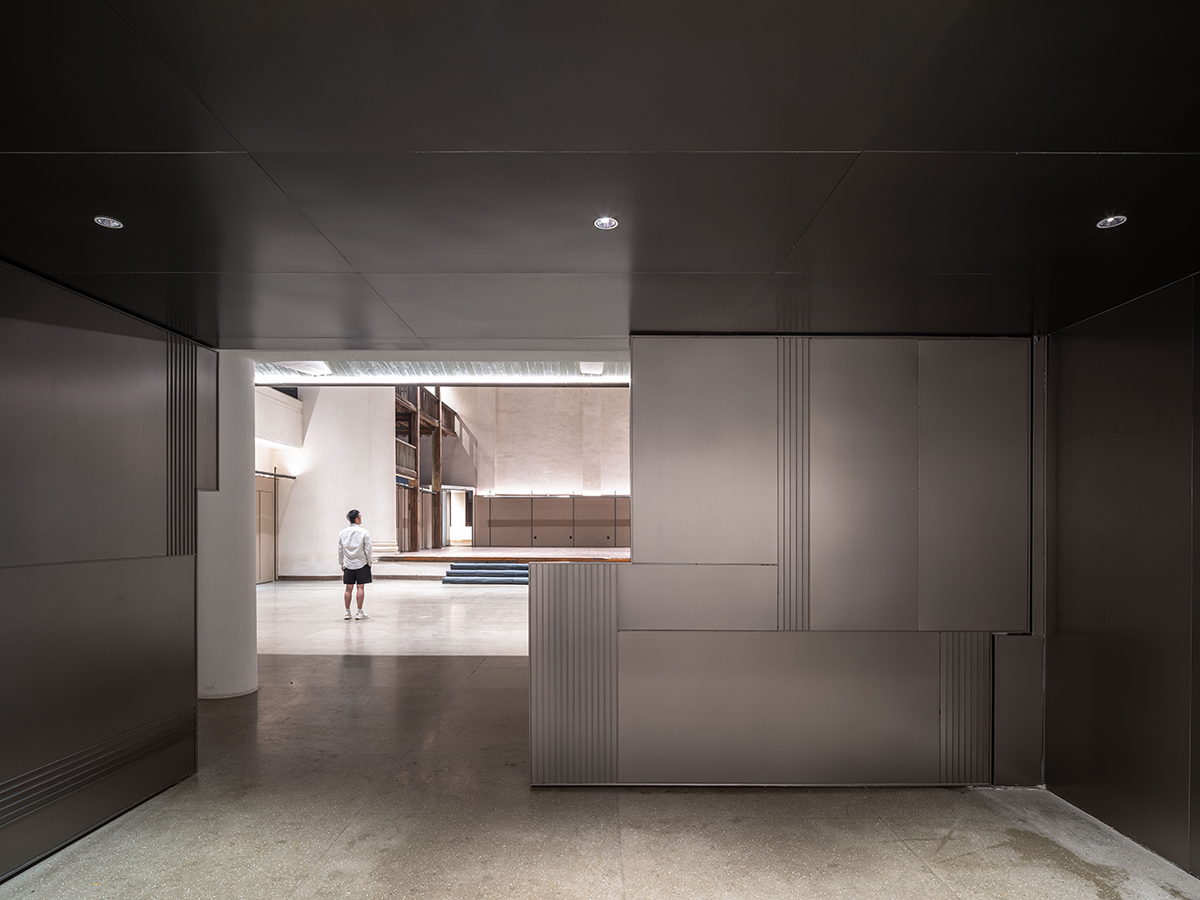 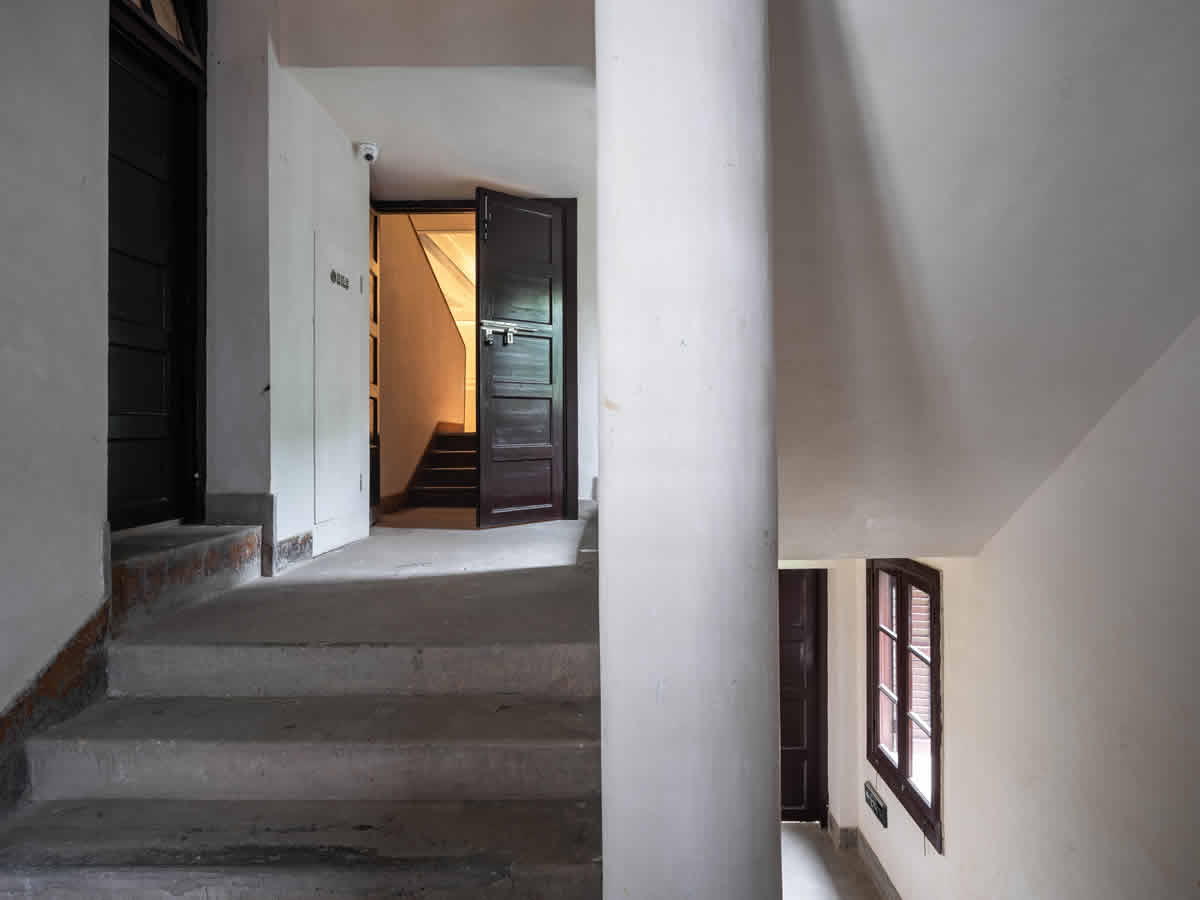 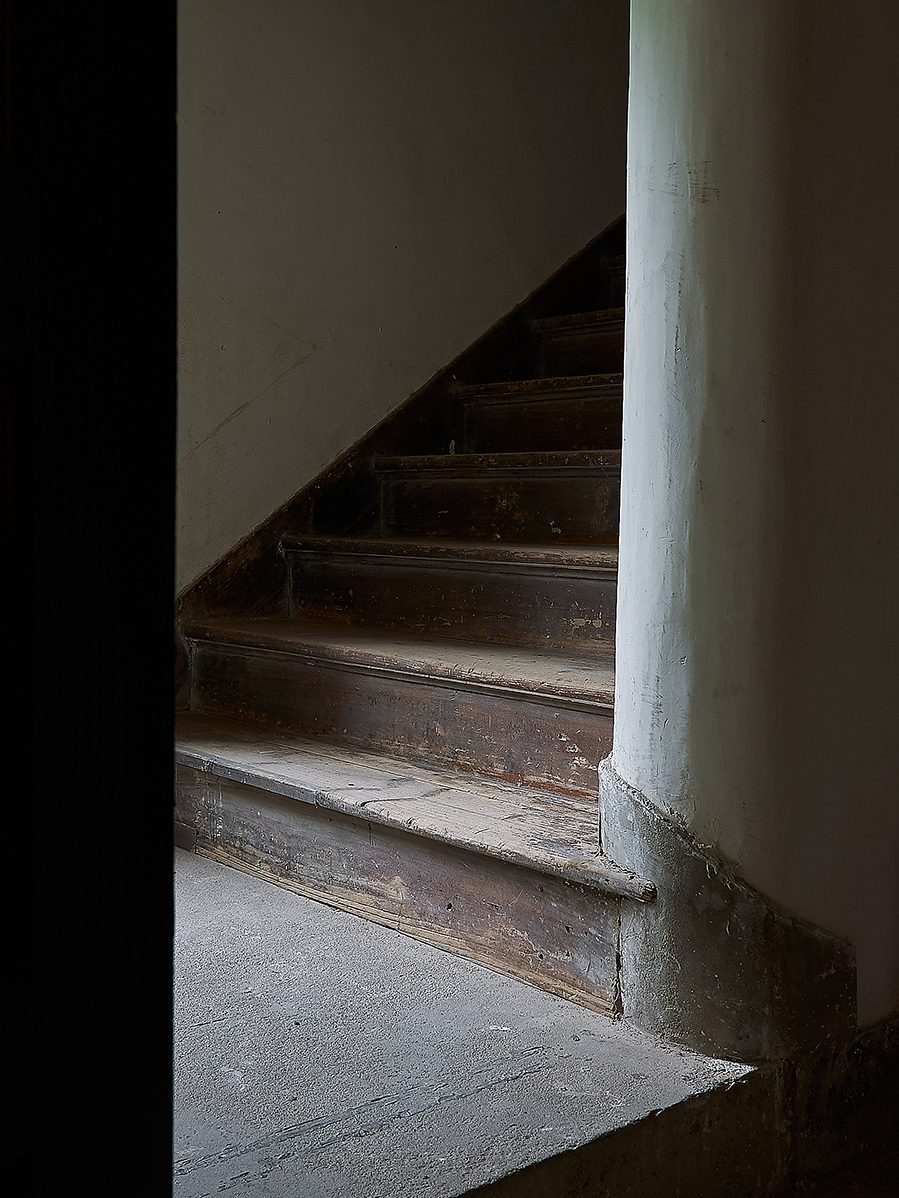